The Health Benefits Of Massage Therapy

In an attempt to understand how and why massage therapy is as effective as it seems to be, scientists and medical researchers from around the world have been studying it for decades. Some characteristics of massage therapy have been conclusively resolved with apparent consensus among the learned scholars, while other characteristics remain as inexplicably mysterious as ever. For instance, they all agree that when a certain amount of pressure is applied to a soft tissue such as a muscle, some changes occur within the affected muscles. They also all tend to agree that massage therapy promotes relaxation and reduces the stress which often leads to deterioration or worsening of certain physiological conditions. 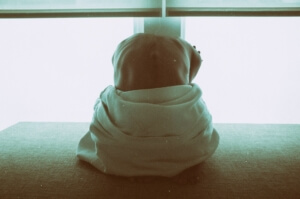 Those characteristics of massage therapy which have not yet been explained by conventional science, gave rise to a number of theories and postulates. You will note that they are all prefaced with the word “might” to indicate uncertainty as they described possible health benefits of massage therapy:

The following are specific cases and their

reported benefits whether they are understood or merely observed with bewilderment:

Many additional studies confirm that massage therapy reduces heart rates, lowers blood pressure; increases blood circulation and lymph flow; relaxes stiffened and tense muscles while stimulating weak and inactive muscles to compensate for lack of movement due to an illness or an injury; speeds up the healing process after surgeries, disease and injuries; improves the range of vision; increases endorphins; reduces anxiety, tension, depression, pain and itching in burn patients; and Autistic children exhibit calmer and more predictable behavior.

So, is massage therapy beneficial? Yes! Massage therapy is beneficial on, oh, so many levels. The mechanics of the process may not be clear just yet, but the outcomes are undeniable by anyone’s standards.  See what treatment are available in your area.

Thank you for subscribing.

we respect your privacy and take protecting it seriously